You are at:Home»China Insights Channel»Increasing Labor Shortages Drive China to Invest in Automation 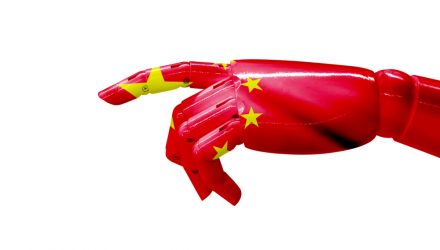 As its population ages, China, the world’s second largest economy, is facing growing shortages in the labor market, according to CNBC.

In an interview with CNBC, Jonathan Woetzel, senior partner at McKinsey said “it’s still rapidly evolving that aging population is a reality … China’s now facing the challenge of potentially getting old before it gets rich.”

According to the National Bureau of Statistics, China’s population of working age people shrank by more than 5 million over the past 10 years. A contributing factor: residual impacts from the one-child policy, put into place in the 1970’s.

Between 1940 and 1980, China’s population doubled in size from 500 million to 1 billion. With the enactment of the one-child policy, that growth slowed to 40% for the next 40 years. Currently, China’s population is 1.4 billion, still 4 times larger than the population of the United States.

This marks the slowest growth rate since the 1950’s for China, reports CNBC.

That, coupled with increasing wages, has led Chinese companies to increasingly lean on automation technology.

“One (of the issues) is the shortage of labor, especially in the concept of aging society. In China, and also in U.S., in most of the … developed countries, human labor [is]getting more and more expensive. People need better pay, need more welfare,” said Tony Han, CEO of WeRide, a start-up that develops technology for autonomous cars and buses.

Automation as an Answer

Chinese industries are increasingly turning to automation to fill their labor shortage gaps.

“Automation, of course, is one of those big opportunities,” Woetzel said. “And by that we include digitization, both to the customer, and more importantly … up the chain back to suppliers. That is really going to be the driver of increasing all of that productivity.”

For example, workers are increasingly being replaced in major warehouses and manufacturing with automated robotics.

China e-commerce giant JD.com’s logistics park in Dongguan, south China utilizes machinery for sorting and packing, doing nearly half of what workers had previously been responsible for.

But the automation trend impacts more than just manufacturing.

China is also looking to be a front runner in the battle for driverless cars utilizing AI. The city of Guangzhou in southern China has become a central hub for testing driverless cars and vehicles, which many believe could eventually replace taxi drivers and similar service type jobs.

Automation has also helped boost productivity in white collar jobs, such as in finance.

“In the financial sector, about 10 years ago, if you looked at the average productivity of a financial worker in China, compared to say Europe, it was maybe 20%. Now it’s closer to 40%, or 50%. So still lagging, but to have that degree of change, in the course of almost … five years is almost unheard of,” added Woetzel.

Investing in the Technology Shift within Labor Markets

KSTR tracks innovative science and tech companies “that could represent the growth engine of China for decades to come,” per the KraneShares website.

Currently, 61% of the ETF is invested in information technology stocks, many of which make the hardware, software, or semiconductor equipment that drive automation.