You are at:Home»China Insights Channel»Exxon Is Mulling Over Emissions Reductions 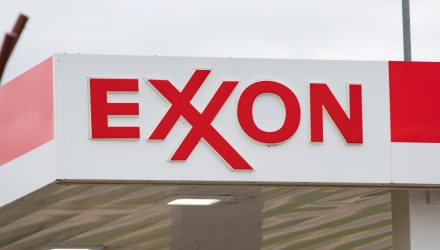 Exxon Is Mulling Over Emissions Reductions

Recently in the news for the boardroom loss to activist hedge fund Engine No. 1, Exxon, with its three newly elected board members, is purportedly mulling over a pledge to reduce carbon emissions by 2050. This is according to two individuals familiar with the matter, reports Reuters.

Shareholders recently pushed back on the oil giant’s leadership and lack of environmental policy, with major institutional investors backing the activist hedge fund in its successful bid to replace three Exxon directors on the board. As part of its message, Engine No. 1 focused on the preparation for a low-carbon future, as well as boosting returns.

Exxon hasn’t made any formal declarations of the private talks but has said that it plans to release its plan for strategic moves in regard to its environmental policy and other issues by the end of the year. While Exxon declined commenting for the story, it did make clear of its commitment to reduce and eliminate carbon emissions from high-emitting sectors, as well as plans to invest in technologies that will help society reach the net-zero future it is aiming for.

“Throughout our engagement process with shareholders, we have heard clearly their interest in our work in this area and affirm our commitment,” Exxon said in a written response.

Current plans by the oil company are a 30% reduction in greenhouse gas emissions within the oil and gas production side by 2025. Exxon trails its European counterparts; companies such as BP Plc. (BP) and Royal Dutch Shell Plc (RDS.A) have pledged to cut emissions from products sold in their plans, as well as emissions from operations and the power used for those operations; Exxon has only pledged to the latter thus far.

KRBN invests in its futures contracts via a Cayman Islands subsidiary, meaning it can avoid distributing the dreaded K-1 tax form to its shareholders.

However, it’s estimated that carbon allowance prices will need to reach a range of $50 – $100 per ton of CO2 to achieve the emissions reductions goals of the Paris Agreement.