You are at:Home»China Insights Channel»ETF of the Week: KraneShares China Internet ETF (KWEB) 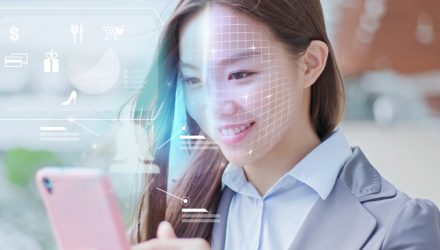 KWEB seeks to provide investment results that, before fees and expenses, generally correspond to the price and yield performance of a specific foreign equity securities benchmark. Its current benchmark is the CSI Overseas China Internet Index.

In terms of why now, Lydon explains that while China has been in the headlines, and with the trade war waging on, it’s evident growth and GDP are affected in the U.S. and overseas. That in mind, there’s no need to feel sorry for China in regards to retail web sales, as they’ve continued to be on a high.

Sharing some data, Lydon notes how China’s 2018 web sales totaled $1.3 trillion, compared to less than half of that ($513 billion) for the U.S. So, it’s been a year-over-year increase of 24%. That’s significant growth.

“China’s internet population reached 829 million people in 2018,” Lydon said, “Which was a penetration of about 60% of their population, compared to the U.S., which is only 287 million people and a penetration of 88%. So, we’re doing good in the U.S. as far as people shopping online, but still, the overall online purchases in China was 24% compared to all of their retail sales.”

It’s merely 10% in the U.S., and as Lydon points out, so China is coming in with over two times the amount of online shopping, and it continues to increase, even while the trade war is going on.

Lydon acknowledges how the purchases of phones make a difference, given how involved people are in conducting their business, shopping, social, or otherwise, that way. With that in mind, and with the trade war eventually resolving itself, from a perception standpoint, KWEB is something to think about.

Jaffe then asks about potential headline risk and if it’s good to follow the trends. Lydon states how the sector and geographically specific nature of the ETF means investors may want to trade it on a 200-day average. Right now, KWEB appears to be above the average.

“A great time to buy the ETF – when it goes above. If it happens to go below, then sell it,” Lydon notes. “But, when you look at the way this ETF has performed, and when you look at the valuations, everything definitely seems inline, and it’s a trend, in general, as far as online sales in China. That trend is not slowing down anytime soon.”

When asked about where to pull money from to invest in KWEB, Lydon explains how he believes there’s a lot of money correlated highly to the S&P 500. It’s done great over the last ten years, and if investors are looking to diversify away from FANG stocks, that will make for an option to consider.

The home country bias for U.S. investors tends to mean they are under-allocated overseas. Since overseas markets have underperformed U.S. markets, investors may be buying at the right valuations and diversifying at the right time.