You are at:Home»China Insights Channel»China to Sell Metal Reserves in an Attempt to Curb Inflation 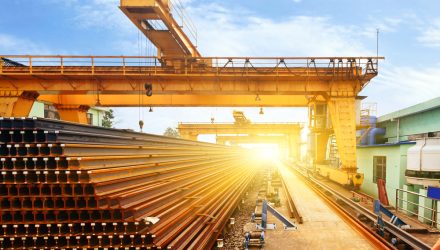 China to Sell Metal Reserves in an Attempt to Curb Inflation

China, the world’s largest buyer of a variety of industrial commodities, will dip into state stockpiles of industrial metals to curb metals prices, which have recently hit a 13-year high and are causing major global concerns for inflation, according to the Wall Street Journal.

Copper has seen a particularly high spike of 67%. Copper is often seen as a bellwether for economic health, due to its demand across a range of economic sectors.

The state stockpiler will be releasing metals in batches to attempt to stabilize the supply as well as prices of commodities.

That index rose to 9% in May, the fastest growth since September of 2008, outpacing even economists’ consensus forecasts.

Increasing commodity prices are creating concerns “that China’s PPI could be a factor in exporting consumer price pressures abroad” as Chinese exports to the U.S. hit some of their largest increases in a decade, according to the WSJ.

Rising commodities prices would impact a wide range of domestic sectors and industries, from industrial production to prices of end consumer goods.

Those economy-wide changes would likely be reflected in the KraneShares MSCI All China Index ETF (KALL), which tracks the MSCI China All Shares Index, a benchmark of companies that are based in and headquartered in China, as well as listed in Mainland China, Hong Kong, and the U.S.

KALL is broadly diversified across the Chinese economy and includes a 5.52% allocation into industrials, as well as a 3.68% allocation in materials. Consumer discretionary is also included at a 28.28% allocation, financials at 18.79%, and communication services at 14.19%, along with several other sector exposures.