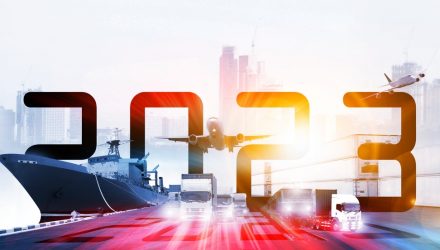 China Growth Outlook Could Boost This ETF in 2023

China might not deliver GDP growth on par with the rates seen during the halcyon days of emerging markets investing earlier this century, but the world’s second-largest economy could finally be an ally to investors in 2023.

With China reopening in earnest following a lengthy run of coronavirus shutdowns, and as developed market central banks look to engineer soft landings, exchange traded funds such as the KraneShares China Innovation ETF (KGRO) could be appealing ideas for tactical investors this year.

The allure of KGRO, which employs of an ETF of ETFs strategy, is enhanced when considering that some major developed markets could enter recessions this year. If that’s the case, market participants will likely prize growth. As its name implies, KGRO can deliver on that front.

“China is rapidly lifting Covid-19 restrictions. We estimate its economic growth will clock in above 6% in 2023, cushioning the global slowdown as recession hits major DM economies. But China’s growth surge will be tempered by falling demand for its exports as U.S. spending shifts away from goods. We don’t expect the level of economic activity in China to return to its pre-Covid trend, even as domestic activity restarts,” noted BlackRock.

For its part, KSTR is designed to deliver exposure to China’s STAR Market, which is an equivalent to a China version of the Nasdaq due to its heavy growth profile. While KURE isn’t as defensive as equivalent U.S.-focused ETFs, it has some defensive traits, helping to augment some of the risk associated with a heavy growth composition. Still, KGRO’s growth tendencies are meaningful at a time when China may have to carry the day for global economic growth in 2023.

“China replacing the U.S. as the driver of global growth underpins our preference for emerging market equities, including Chinese equities, over DM peers,” added BlackRock.

“We see volatility ahead in 2023 but expect the year to be shaped by big shifts from last year: recessions in developed markets, inflation falling and central banks pausing their rate hikes, and China reopening,” concluded BlackRock.

KGRO’s allocation to KGRN is pertinent because China will likely use renewable energy expenditures as one way of driving economic growth while attempting to quash one of the world’s worst pollution problems.