You are at:Home»China Insights Channel»As China Continues Its Rise as a Superpower, Check Out “KFYP” 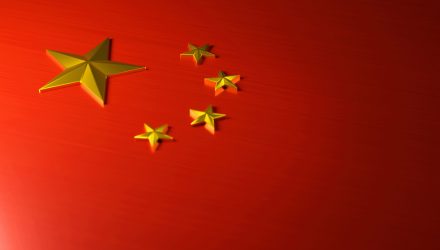 As China Continues Its Rise as a Superpower, Check Out “KFYP”

China has steadily emerged as a major superpower in the last decade, providing the economic backdrop for Asia, and more strength could translate to gains for the KraneShares CICC China Ldrs 100 Ind ETF (KFYP).

China’s emergence has been nothing short of amazing, especially given that just 20 years ago, it represented a sliver of Asia’s economy.

“China’s rise has already dramatically reshaped Asia,” a Nikkei Asia article said. “For much of the 1990s, for example, it accounted for less than 10% of the region’s gross domestic product with Japan the dominant economy by a substantial margin.”

Fast forward to today, and China has become a world power, wielding its sheer size in GDP. Based on numbers from Focus Economics, China is expected to reach a size of $20.6 trillion by the year 2024 to give it the second largest economy next to the United States.

“But while Japan is today a much-diminished economic and political force, China now singularly accounts for nearly half of the region’s total GDP — a share which is expected to further increase,” the article added.

Per the fund description, KFYP tracks the CSI CICC Select 100 Index, which takes a smart-beta1 approach to invest in companies listed in Mainland China systematically. The strategy is based on China International Capital Corporation (CICC)’s latest research on China’s capital markets. This quantitative approach reflects CICC’s top-down and bottom-up research process, seeking to deliver the 100 leading companies in Mainland China.

When looking at China’s dominance in Asia, it’s difficult to pinpoint one specific area. Nonetheless, this expansive growth should collectively provide more tailwinds for the economy and ETFs like KFYP.

“Across numerous more advanced sectors — including space exploration, quantum computing, artificial intelligence or complex materials — China is emerging as the primary technological innovator and supplier,” the Nikkei Asia article said. “The region’s financial geography is also being comprehensively rewritten with Shanghai now seen as a more important financial center than Hong Kong, Tokyo or Singapore, while China has become the largest provider of development capital for much of the region.”