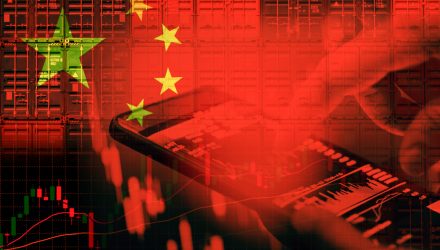 China country-specific exchange traded funds plunged Thursday, with those tracking America depository receipts taking the brunt of the hit, on delisting concerns coming out as the Securities and Exchange Commission targets Chinese firms.

The SEC has singled out five Chinese firms under the Holding Foreign Companies Accountable Act, which states that the Public Company Accounting Oversight Board was unable to inspect, Bloomberg reports. The identified firms include BeiGene Ltd., Yum China Holdings Inc., Zai Lab Ltd., ACM Research Inc., and HUTCHMED (China) Ltd., all of which could be subject to delisting from the U.S. stock exchanges if they fail to comply with the HFCAA’s audits for three consecutive years.

ADRs are securities that represent non-U.S. company shares, or in this case, Chinese stocks, and they are traded on U.S. exchanges.

The five named companies are the first China ADRs to be identified as failing to adhere to the HFCAA audits, and they were targeted because they recently filed their annual reports with the SEC, CNBC reports.

“All the Chinese listed ADRs will likely end up on the list because none of them will be able to comply with requests to have their audits reviewed,” Ahern told CNBC. This is “because Chinese law prohibits the auditor to provide their review to U.S. regulatory authorities.”

The SEC has yet to delist any of the companies, and while the clock began last year, SEC Chair Gary Gensler has said the earliest a company could be delisted would be 2024, or after three years had elapsed.