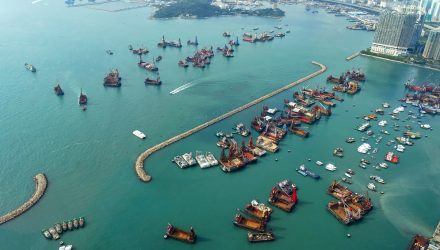 China ETFs Mired in a Sea of Worry

China ETFs were among the worst performers Monday, with Chinese equities off to their worst start to a second half of a year since 2015.

Shanghai markets have slipped into a bear market amid concerns the economy will struggle due to rising tensions with the U.S., Bloomberg reports. China’s purchasing manager index readings for June already revealed a gauge of export orders falling, which suggested that the trade war is already impeding growth.

Domestic issues are also weighing on sentiment, with a gauge for property shares dipping to the lowest since October 2016.

“Expectations that China will impose more property controls are weighing on developer shares as the market is still overheated,” Jiang Yining, an analyst with Capital Securities, told Bloomberg.

Meanwhile, the yuan currency continued to weaken against the U.S. dollar. The yuan was trading near an eight-month low after depreciating by a record in June.

Furthermore, Beijing’s efforts to deleverage through new regulation while maintaining economic growth has also put pressure on the markets.