You are at:Home»Investing»China ETFs Are Attracting Investor Interest 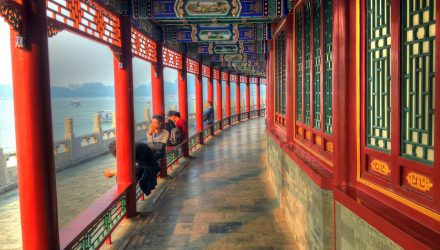 The world’s largest ETFs tracking Chinese stocks are attracting more inflows than at any time since the boom-and-bust in 2015 as state investors were said to be stemming the market bleeding, Bloomberg reports.

Specifically, the Shanghai-listed China 50 ETF experienced $1.19 billion in inflows this October while the Shanghai Composite Index suffered through one of its worst months since January 2016. Other mainland-listed large-cap funds including China CSI 500 ETF and the Hong Kong-listed CSOP FTSE China A50 ETF have also attracted heavy inflows.