You are at:Home»Featured»Chile ETF Plunges After Leftist Boric’s Historic Win 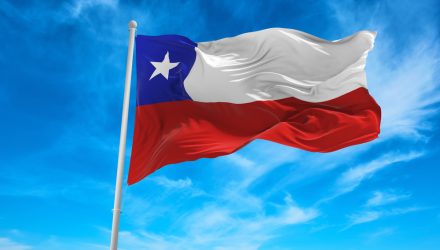 A Chile country-specific exchange traded fund plunged after leftist millennial Gabriel Boric won a landslide presidential election, giving him a lot of room to push through aggressive reforms in the Latin American economy and fueling an uncertain outlook.

Copper miners were also among the worst hit in response to the newly elected president, with the Global X Copper Miners ETF (COPX) down 3.1% Monday.

“While Boric has taken pains to stress that his economic model will not be a radical one, it’s clear that the market-friendly policies are likely a thing of the past,” Win Thin, global head of currency strategy at Brown Brothers Harriman, writes in a note. “Along with the planned re-writing of its Constitution, Chile is moving on to a new path with an unknown destination. The wide margin of victory may give Boric more confidence to push a more left-wing agenda but only time will tell. Markets hate uncertainty and Chile is offering years of it.”

Kieran Curtis, an emerging market fund manager at abrdn, warned that the proposed tax and spending policies could weigh on the economy.

“We are probably going to see a pretty big fall in consumption in Q1,” Curtis told Reuters.

The markets anticipate that Boric will raise corporate taxes and adhere to the budget passed by Chile’s Congress this year, which would see government spending plunge by 22.5% in 2022.

Additionally, Boric is expected to overhaul Chile’s market-oriented economic model that goes back to Pinochet, which has contributed to decades of growth but also added to stark inequality.

“The near-term challenge: Moderate the political agenda in a credible manner so as to prevent adverse financial conditions,” JPMorgan economist Diego Pereira said of Boric’s win, warning that the risk scenario was “protracted capital flight.”