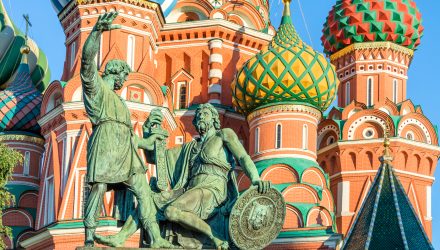 “Gold offers Russia independence from the dollar amid financial sanctions from the U.S. and its allies,” according to Bloomberg. “The measures were imposed in 2014 as punishment for Russia’s involvement in Ukraine and could be tightened in future. Much of the country’s gold purchases come from local production — Russia is the world’s third-largest miner of the metal, according to research firm Metals Focus.”

Still, not all central banks are major buyers of gold.

“Only three countries in the top 10 have increased their holdings materially in recent years, with Turkey being the third. The U.S. is still the largest owner of gold, with 8,134 tons, much of it stored in Fort Knox. Germany is the second-largest, with 3,374 tons, and the International Monetary Fund owns 2,814 tons,” according to Bloomberg.