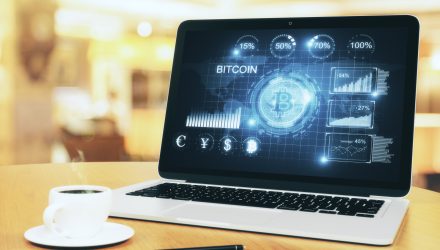 CBOE, which was one of the first exchange operators in the U.S. to offer bitcoin futures, is moving forward with plans to list an ETF linked to the largest digital currency even as regulators have to yet approve such a fund.

“The SEC published the application to invite comments from the public . The Cboe plans to offer clients to buy shares in SolidX, which are currently worth approximately 25 bitcoin. Meanwhile, the fund itself will acquire bitcoin in over-the-counter fashion,” reports Bitcoinist.

Not The First Time for Bitcoin ETF

“It’s not the first time the Cboe, one of the world’s largest holding companies, has attempted to get approval for a Bitcoin ETF. The last rejection occured in March despite Cboe Global Markets president, Chris Concannon, writing a direct letter to the SEC, to alleviate some of the concerns about investing in cryptocurrencies such as low liquidity,” according to Bitcoinist.

Last week, the SEC approved plans for public comments on bitcoin ETFs, which could pave the way for the funds to finally come to life. However, some market observers believe that if the SEC does not approve bitcoin ETFs in the coming months, the effort could be pushed off until 2019 and beyond.

Bitcoin’s market capitalization resides around $109.5 billion at this writing at a price of $6,388.