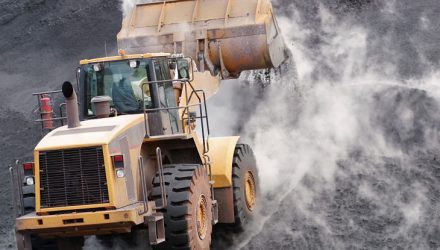 After nearly doubling to rank as one of 2016’s best-performing non-leveraged exchange traded funds, the VanEck Vectors Coal ETF (NYSEArca: KOL) is up nearly 18% this year and has been surging off its June lows.

KOL was boosted in significant fashion last year on expectations that President Donald Trump would create more coal-related jobs, but investors should approach that thesis with caution. Indeed, U.S. Coal exports are rising this year, but some market observers believe that trend will not last.

The surge in exports doesn’t herald a reversal of coal’s fortunes, but a temporary blip to be expected every few years, according to experts. The latest spike is due to a temporary rise in coal prices that is opening a window of opportunity for miners,” reports CNBC. “Coal exports were up 58 percent in the first quarter from the same period last year, but analysts say the long-term trend is down.”