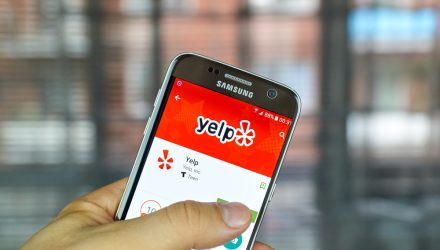 Investors should be calling on Communications Services companies, according to CFRA. This week we raised its recommended exposure to the S&P 500 Communication Services sector to overweight from marketweight, as the group has recently been depressed by unfavorable political pressure.

However, CFRA’s Chief Investment Strategist Sam Stovall thinks the political risk has been overblown, increasing the attractiveness of valuations. What’s more, he adds, the sector holds the highest cap-weighted aggregate CFRA STARS ranking of all 11 sectors in the S&P 500, along with the greatest percentage of component issues with favorable investment recommendations by CFRA equity analysts.

CFRA has Buy or Strong Buy recommendations on 24 U.S. listed Communication Services companies, equal to nearly half of the 51 companies under STARS coverage. The group includes several names that have proven to be solid beneficiaries of the stay-at-home theme, should there be a resurgence of Covid-19 cases., include Activision Blizzard, Alphabet, Electronic Arts, Facebook (FB), and Netflix.

Vanguard Communications Services ETF (VOX) tracks a multi-cap MSCI Communications sector and has $2.2 billion in assets. FB, GOOG, and GOOG.L recently comprised 38% of assets. VOX also owns stocks outside of the S&P 500 Index, such as Yelp (YELP) and Zillow (Z) for added diversification. VOX has a lower 0.10% expense ratio that further supports its five-star rating from CFRA.

To make room for the newly favored Communications Services sector, CFRA lowered our recommended exposure to the S&P 500 Consumer Staples sector to marketweight from overweight. According to Stovall, the group was the strongest relative performer during the recent bear market but has begun to lag because of the optimism surrounding the gradual reopening of the U.S. economy. The sector also now has a neutral cap-weighted aggregate CFRA STARS ranking versus all stocks in the S&P 500 according to Stovall.

CFRA has favorable recommendations on 11 S&P 500 Consumer Staples constituents, including Strong Buys on Coca-Cola (KO), PepsiCo (PEP), and Phillip Morris (MO). These stocks are the largest holdings in the market-cap weighted Consumer Staples Select Sector SPDR (XLP), but CFRA has Sell recommendations on Colgate-Palmolive (CP) and Mondelez (MDLZ) that are among the largest in the sector. XLP’s five-star ETF rating is driven by relatively high reward and relatively low risk metrics, based on its holdings and fund attributes, as well as relatively low costs.