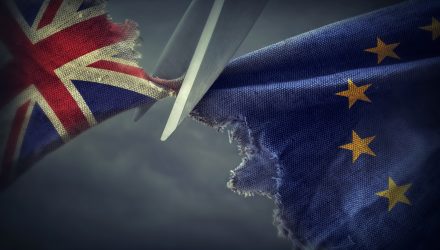 While Brexit woes continue to pound the United Kingdom’s local currency, the pain is now being felt in the credit markets as fixed-income investors are fleeing bonds and seeking other safe havens to escape the political risk headaches.

The flight from bonds is the result of a repricing in credit by Europe and the US as money-tightening conditions take hold of the capital markets. As a result, this has caused the cost to borrow money to skyrocket, which has been paired by a mass of sell-offs in risky debt.

The sudden shift to risk-off has spurred a move to safe havens like the U.S. dollar and other dollar-related assets. Furthermore, Brexit has also caused as move into low risk, long-term UK bonds that, according to a Bloomberg article, has “boosted 30-year U.K. government bonds and other multi-decade securities.”

UK markets and even markets around the world responded negatively on Monday as British Prime Minister Theresa May announced that the parliamentary vote to decide Britain’s Brexit decision to leave the European Union will be delayed.

May cited a bevy of gloomy forecasts for the decision to delay the vote, saying that she listened “very carefully to what has been said in this chamber and out of it.” Opposition to a Brexit deal point to trade difficulties, problems in attracting global talent and an increased cost of living as reasons to not back the proposition of Britain divorcing itself from the EU.

Furthermore, a continuous point of contention in getting a Brexit deal done is the Irish backstop–an arrangement to ensure that Brexit, whether a deal is struck or otherwise, would not result in a hard border between Northern Ireland and the Republic of Ireland.