You are at:Home»Currency-Hedged»Brexit Battle Has U.K. ETF Near a Bear Market 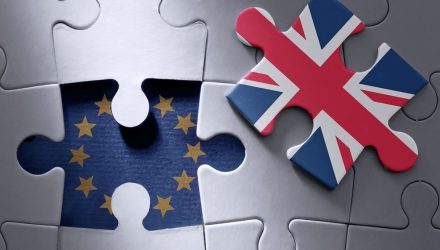 Brexit Battle Has U.K. ETF Near a Bear Market

“EWU was already sliding lower on the charts ahead of last week’s fresh round of Brexit drama, having broken below support around $34.20 in early August,” according to Schaeffer’s. “And prior to that, the ETF had been trundling lower under the weight of a trio of daily moving averages, as displayed on the accompanying chart; not since June has EWU managed to close a session above all three of its 30-day, 50-day, and 80-day trendlines, which have swatted back every rally attempt in the meantime (with the near-exception of one finish flat with the 80-day on Sept. 27).”