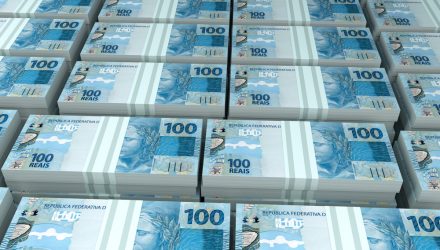 Brazil exchange traded funds were among the best performers on Monday as the central bank planned its biggest rate hike in 18 years, strengthening the real currency.

The real currency led the rally in Latin American currencies on hopes of higher interest rates that would help arrest surging inflation, which hit an eight-year high. Brazil’s central bank will raise interest rates by a full percentage point on Wednesday, its largest rate hike since 2003 as policymakers try to grapple with this year’s runaway inflation, Reuters reports.

Brazil is seeing inflation well over 8%, or more than double the central bank’s 2021 target.

Economists project that the bank’s rate-setting committee, known as Copom, could lift its benchmark Selic rate to 5.25% from 4.25% at its Wednesday meeting.

“Our models suggest that the Selic rate would need to go up to 7.5% to drive (2022) inflation closer to target, and we believe the central bank will choose to front-load that adjustment,” she added.

The one percentage rate hike would mark Copom’s fourth consecutive hike and its largest since its last 100-basis point increase to 26.50% back in February 2003.

Meanwhile, the Latin American country is also suffering through its worst drought in decades, which has raised electricity prices even higher. The rising electricity costs contributed to the highest monthly rate of inflation in mid-July for 17 years, with the annual inflation rate rising up to 8.60%.

The real currency is also rebounding after losses this year attributed to growing political tensions and concerns over economic growth due to the coronavirus pandemic.