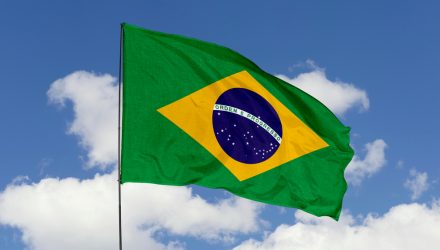 Brazil ETFs Have Been Rallying on Moderate Lula’s Return

Brazilian equities and country-specific exchange traded funds have been rallying this year as Luiz Inacio Lula da Silva, the left-wing leader and previous president of the country two decades ago, has made a comeback.

Money managers are jumping into Brazilian assets, pushing the real currency to its highest level since July and fueling an outperforming rally in equities, Bloomberg reports.

The Brazilian real has appreciated over 9% against the U.S. dollar this year, the most among currencies around the world, despite the Russia-Ukraine crisis that weighed on risk sentiment.

Foreign investors dumped over 56 billion reals, or $11 billion, to the local equity market this year, lifting the Ibovespa benchmark index up 15% in USD terms. Offshore money has found its way into Brazilian stocks every session since mid-December.

Lula currently leads early polling for the October vote. His advisors hinted at more spending if he is elected, and investors are looking forward to his pragmatic approach to the economy and tendency to lean more toward moderation, similar to what he previously showed in his first election back in 2002.

“Lula’s smart enough to know what he has to say in order to get the market comfortable,” Cathy Hepworth, head of emerging markets debt at PGIM Fixed Income, told Bloomberg. “He’s done this before.”

When he was president, Lula assuaged market fears and pledged to honor the country’s sovereign debt and to maintain the country’s fiscal accounts. However, he fell out of favor after his Workers’ Party was mired by corruption scandals that put him in jail and his handpicked successor, Dilma Rousseff, impeded growth with restrictions and controls.

“Lula is the devil that we know,” Edwin Gutierrez, the head of emerging market sovereign debt at abrdn, told Bloomberg. “He’ll say things that will upset the market from time to time regarding energy prices and the role of the state, but overall, he isn’t going to mark a return to the Dilma era.”