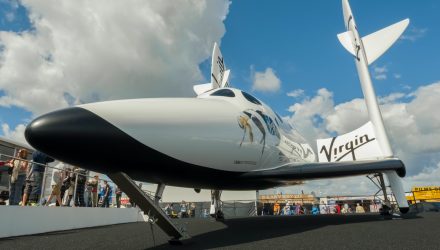 Branson’s Virgin Orbit Joins The Fight Against The Coronavirus

With the number of coronavirus infections continuing to ramp up each day, Richard Branson’s California-based rocket company Virgin Orbit joined forces with medical researchers and developed a ventilator device that the company plans to mass-produce and ship to hospitals around the United States to battle the coronavirus.

″[It is] a very, very simple and robust design that we can get out to the people who are in the most need, and the hospitals that are in the most need, of devices like these very, very quickly,” Virgin Orbit’s ventilator project leader Kevin Zagorski said. Zagorski manages the company’s advanced manufacturing of propulsion systems, meaning that he typically spends his day building rocket engines.

Virgin Orbit’s device compresses medical ambu bags, which assists patients with COVID-19 to help them breathe. Ventilators deliver air to the lungs through a pump that is placed in the windpipe but there is currently a dearth of devices avail in the U.S. While Virgin Orbit CEO Dan Hart stated in a video that the company is working with the Food and Drug Administration on approval, he stated that the company is trying “to get a helpful unit into hospital as soon as possible.”

Branson’s company does not have an exact timeline for when FDA approval could come, but Virgin Orbit is wishful that the approval process will expeditious, as the ventilator devices fall under the FDA’s “Emergency Use Authorization” authority, which essentially allows the FDA to speed up limited approval for devices during a crisis.

Virgin Orbit is not the first company to begin producing ventilators and aid the fight against the coronavirus. General Motors has been in the news recently for its decision to repurpose parts of two U.S. automotive factories under the Defense Production Act, to produce health-care supplies in response to the COVID-19 pandemic.

GM’s efforts, which have been both criticized and lauded by President Trump lately, include producing FDA-cleared Level 1 surgical masks at a manufacturing facility in Warren, Michigan, and Ventec VOCSN critical care ventilators at a components plant in Kokomo, Indiana.

Supporters of Virgin Orbit can consider ETFs like the Procure Space ETF (UFO), which holds Virgin Galactic and is poised to take advantage of the space travel revolution.