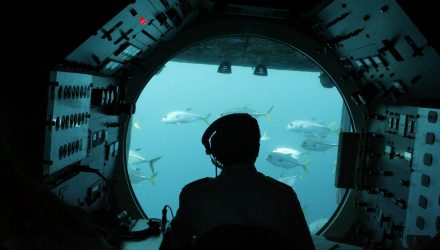 DoubleLine Capital CEO Jeffrey Gundlach, otherwise known as “The Bond King” in the capital markets space, said the S&P 500 will hit new lows as a bear market puts a stranglehold on the index.

“I’m pretty sure this is a bear market,” Gundlach told CNBC. “We’ve had pretty much all of the variables which characterize a bear market.”

The index is down just under 3 percent year-to-date and 3.71 percent within the past month. In the last three months, its performance–down 10.31 percent– speaks to the mass of sell-offs occurring in U.S. equities as rising interest rates and trade wars have sparked a flight from stocks and into safe-haven assets like bonds.

Gundlach correctly predicted that once benchmark Treasury yields hit the 3 percent mark, U.S. equities would come tumbling down and they did just that. In October, the S&P 500 shed 5 percent, rebounded 1.68 percent in November and is down 5.98 percent thus far in December.

The Federal Reserve is set to decide on interest rates on Wednesday as the capital markets are poised for what could be a fourth and final rate hike for 2018. The central bank has been sounding increasingly dovish as of late, which could mean that less rate hikes than anticipated for 2019–something that could help give U.S. equities a much-needed boost following the last two months of volatility–a perfect backdrop for a year-end rally.

The bond markets have been decrying the potential of more rate hikes, citing the possibility of an inverted yield curve as the smoke signal for a possible recession.