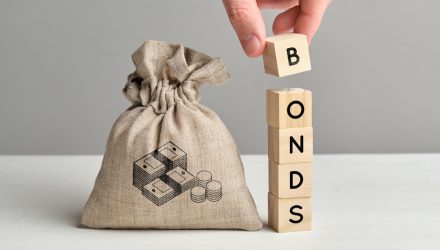 Bond ETFs Have Been Regaining Their Safe-Haven Appeal

According to BlackRock data, sovereign bond ETFs saw $26 billion in net inflows over May, or up from the $15.9 billion in April and far ahead of the previous monthly record of $18.5 billion set in December 2018, the Financial Times reported.

“It’s a pretty big deal, a bit of a comeback [for government bond ETFs] and nearly double the figure in April,” Karim Chedid, head of investment strategy for BlackRock’s iShares ETF arm in the Emea region, told the Financial Times.

The pivot may be seen as an ongoing risk-off event, with more investors turning away from riskier equity markets and looking for safer plays to sit out the volatility.

“There are some meaningful risks on the equity side, particularly concerns that the Fed may have thrown the U.S. into a recession. If that happens, fixed income and government bonds start to look more attractive,” Nate Geraci, president of The ETF Store, an investment adviser, told FT.

The buying was mainly focused on the U.S. market, which made up 96% of net inflows.

“There is a flight to quality,” Kenneth Lamont, senior fund analyst for passive strategies at Morningstar, told FT. “There is an expectation that there are economic headwinds ahead and perhaps the best store of wealth is in quality,”

The rebound in sentiment across the fixed-income market follows a sharp sell-off in U.S. Treasuries this year, with the yield of the S&P US Government Bond Index surging from a low of 0.68% in August to 2.68% at the end of April. Bond prices and yields have an inverse relationship.