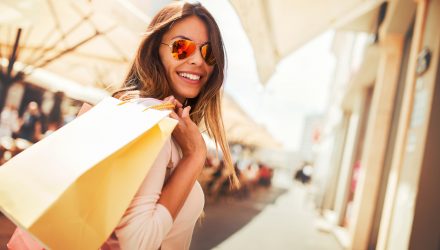 A Bold Investing Idea on the Retail Trade

With traditional retail stocks flailing this year, a leveraged play on that group, such as the Direxion Daily Retail Bull 3X Shares (NYSEArca: RETL), may appear to be a risky bet. However, there are some potential catalysts looming for retail stocks, which could make RETL a compelling short-term trade for aggressive traders.

Potential traders should keep in mind that leveraged ETFs are designed to produce triple the performance of the underlying market on a daily basis. Consequently, when investors look at the long-term performance of a typical leveraged ETF, people may notice that the funds do not perfectly reflect their intended strategies.

RETL, which is up nearly 14% over the past week, attempts to deliver triple the daily returns of the S&P Retail Select Industry Index, one of the most widely followed retail benchmarks.

“Q4 is traditionally the strongest quarter across all of retail thanks to the holiday shopping season, but Wall Street generally prices in those gains ahead of time. That being said, take a look at a three-year chart of the Direxion Daily Retail Bull 3X Leveraged ETF (RETL), which seeks to deliver three times the daily return of the S&P Retail Select Industry Index (the “Index”),” according to Direxion.

RETL’s underlying index allocates almost 58% of its weight to specialty retailers and another 17.1% to Internet and e-commerce firms. Multi-line and consumer staples retailers combine for almost a quarter of the index’s weight.