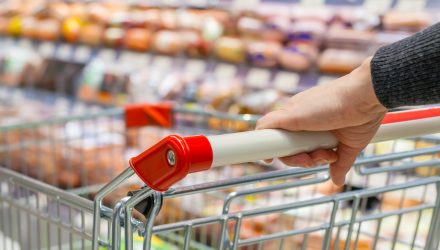 Ian Young July 6, 2020
Equity markets and ETFs have been on a solid upward trend over the last several days, which continued on Monday, where indexes were catapulted by robust gains in the tech sector, and a surge in global equities, including Chinese stocks, despite an incessant growth in coronavirus cases. And while some analysts like Jim Cramer and Richard Bernstein are leery about the available upside left in stocks, others like Rick Rieder of Blackrock are more sanguine.
Rieder notes that the stock market has a broader tech and healthcare emphasis than some investors typically take into consideration.
“I think the stock market, well people consider the stock market the same as the equity market and was actually really different is the stock market reflects much more of a technology orientation and healthcare orientation. The economy has actually been strong on a relative basis when you think about where we stand in regard to the virus and the employment numbers. The rate of recovery is impressive in the breadth of where it’s coming from. We were very impressed by things like the leisure sector, etc that was coming back quicker. But then you look today at the non-manufacturing ISM data that came back. New orders were strong and business activity was strong and you see unemployment is coming back but still lay and it’s going to take a longer period of time,” said the CIO of BlackRock on CNBC.
Rieder feels that the economy is very strong, and was aided by moves from the Fed.
“The economy—you obviously had a tremendous burst of fiscal stimulus and obviously the monetary policy, but it’s pretty solid in terms of recovery and it is somewhat mimicking the impressive day that we’ve been seeing out of China the last few weeks,” he added.
He feels that while tech may continue in the future, in the short-term at least, it may have run its course.
“So I’d say domestically, [in terms of the Nasdaq], I still think it’s hard to envision that you keep climbing given how much you’ve moved. That being said, what we’re going through in this remarkable period of time with technology changing and the evolution of commerce works today, and the scalability of that industry and what companies within it can create, there’s upside there,” Rieder explained.
However, Rieder points out the are opportunities in the consumer discretionary and housing sectors as well as overseas.
“There’s upside in the consumer discretionary data, parts around housing. And for the first time in 10 or 20 years I actually think Europe is a place to invest and to diversify your portfolio. If you look at a virus day that’s better than in Europe,” he added
For investors looking to use ETFs to play the sectors Rieder recommends, the Consumer Discretionary Select Sector SPDR (NYSEArca: XLY), Vanguard Consumer Discretionary (NYSEArca: VCR), Fidelity MSCI Consumer Discretionary Index (NYSEArca: FDIS), and the iShares S&P 500 Consumer Discretionary Sector UCITS ETF (IUCD) can be a place to start.
For more market trends, visit  ETF Trends.