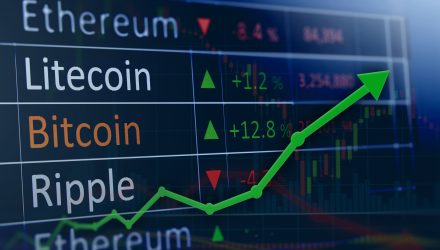 After surging 35% in April, bitcoin is seeing its trading range narrow from thousands of dollars to just around $150.

“The narrowest trading range in about six months has Bitcoin technical analysts scouring price charts to help figure out whether the biggest cryptocurrency is poised to build upon its April rally,” according to Bloomberg.

Bitcoin prices rose slightly on Wednesday as the largest digital currency topped the $9,100 area. The cryptocurrency has a market capitalization of $155.32 billion.

“The market is not sending off strong signals as we speak as to the direction of the next major move,” Evercore ISI’s Rich Ross said. And though the bigger trend is higher, he said “Bitcoin is likely to remain violently sideways until a new trend emerges,” reports Bloomberg.