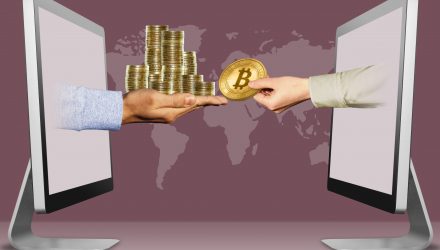 Bitcoin Struggles, but Coinbase Still Valued at $8B

Bitcoin and other major cryptocurrencies are languishing this year, but that is not preventing some investors from putting an impressive valuation on crypto exchange operator Coinbase.

In a statement released Tuesday San Francisco-based Coinbase said “we’re pleased to announce that Coinbase will add an additional $300 million of investment at a post-money valuation of over $8 billion to accelerate the adoption of cryptocurrencies and digital assets. The Series E equity round is led by Tiger Global Management, with participation from Y Combinator Continuity, Wellington Management, Andreessen Horowitz, Polychain and others.”

Earlier this month, it was reported that Coinbase is eyeing European expansion with plans to open an office in Dublin, Ireland as the potential for Brexit fallout looms. Nonetheless, the San Francisco start-up will retain its present office in London as its primary European headquarters.

Coinbase operates one of the largest digital currency exchanges. Earlier this year, some media outlets reported the company is also considering launching a bitcoin ETF.

Earlier this year, Coinbase launched the Coinbase Index Fund. The fund is available only to accredited investors defined as those with an annual income of $200,000 or a net worth of $1 million or more. The minimum investment is $10,000 and the fund has an annual management fee of 2%, according to Coinbase.