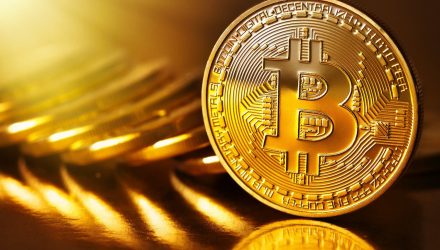 Bitcoin Still in a Vulnerable Spot?

Bitcoin cobbled together some modest gains Tuesday, but after spending much of this month, slumping the cryptocurrency remains vulnerable to more downside.

With Tuesday’s gains, bitcoin traded above $7,400 to a market capitalization of $127 billion, but on a technical basis, some traders believe the largest digital currency looks weak. On Tuesday, eight of the top 10 cryptocurrencies by market value posted gains.

“The cryptocurrency’s technical charts saw a doji candle on Sunday, signaling short-term bearish exhaustion. However, a corrective rally remained elusive as bitcoin ran into offers above $7,400 and closed (as per UTC) at $7,143 – the lowest daily close since April 12, according to Bitfinex,” reports CoinDesk.

Danger on the Charts for Bitcoin

“The losses signal a continuation of the sell-off from the recent high of $9,990 and indicate scope for a drop to $6,900 – a level that the bulls need to defend at all cost. If they can’t, prices may go as low as $5,000,” according to CoinDesk.

The all-time high for bitcoin is around $20,000, which was seen in December 2017. In recent weeks, there have been plenty of calls for the cryptocurrency to return to those record highs and beyond. Still, bitcoin has some technical issues to deal with.

“BTC created a bearish outside-day candle on Monday. These occur when a high is above the previous day’s high and the low is below the previous day’s low. In simple terms, it means trading on Monday started with optimism and ended with pessimism,” notes CoinDesk.