You are at:Home»Alternative ETFs»Bitcoin Could be Poised to Reach New Highs 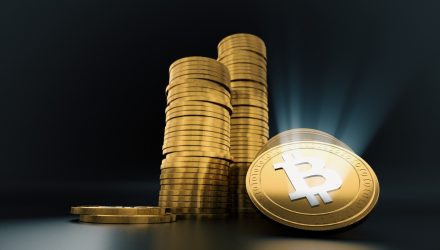 Bitcoin Could be Poised to Reach New Highs

Last week, Bitcoin continued its bull run as it broke through the $8,000 price barrier and is currently priced at $8,137.50 as of 12:10 p.m. ET, but if a cryptocurrency head fund manager’s guess is correct, the run could still have legs.

Over a month ago, Spencer Bogart of Blockchain Capital was still bullish on Bitcoin despite dropping below $6,000. After reaching the $20,000 mark last December and then losing 60% of its market value, Bitcoin has rallied about 38% within the last month.

“When I look at something like Bitcoin, I’m very very constructive,” said Bogart. “And that’s because the mindshare–most people know about it and it has the distribution so we think about all the countries in the world, almost every major country has a fiat onramp.”

Increasing interest from investment giant BlackRock is continuing to fuel speculation as the world’s largest asset manager ($6.3 trillion in assets under management) is assembling a team tasked with finding opportunities within the cryptocurrency space.