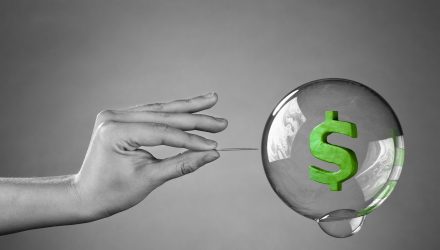 Bitcoin, the leading cryptocurrency, is far removed from the days when it reached $19,873 in its mid-December stratospheric rise last year as it has fallen below $4,000 –a drop of more than 80%–as post-Thanksgiving bears feasted on the digital currency.

However, bulls are quick to dismiss that the bubble has burst for Bitcoin, citing that its latest 80% drop in valuation is not the largest in its history of market corrections.

Others are keen to say that the latest drop-off in price will attract an influx of institutional investors as the number of retail investors fall quickly to the wayside.

Unlike Bitcoin, tulips were an actual, tangible thing that you can see and hold. In fact, it was their rarity and exotic beauty that caused them to be incredibly overvalued between the years 1634 to 1637 when “Tulipmania” reached fever pitch in the Netherlands.

The perceived value of the tulip bulbs created a market of flippers, investors who purchase an asset and sold it later at a higher price for profit, who capitalized on the demand for tulips–demand-fueled speculation was apparently so high that the price of one tulip reached $10,000 in today’s valuation. Eventually, “Tulipmania” withered sharply as sellers were desperate to unload with no buyers in site as the tulip market crashed and brought the whole Netherlands economy with it, resulting in a mild economic depression that wouldn’t subside until years later.

The South Sea Bubble of the Early 1700s