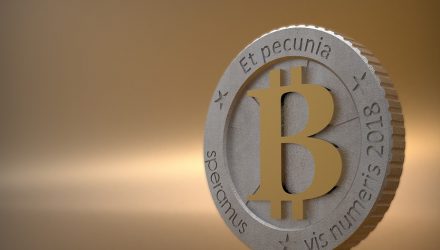 While it’s been an uphill climb for a Bitcoin ETF, it’s now a downhill slalom for a Bitcoin ETN as investors who have been reticent to invest directly in cryptocurrencies can now invest in an exchange-traded note with the leading digital currency as its underlying asset.

Per a Bloomberg report, American investors now have access to Bitcoin Tracker One and BTC ETN. The investment product will be available under the “CXBTF” ticker symbol and will be quoted in U.S. dollars.

The clearing and settlement of the trade will be available in the Krona and Euro since the product is listed and regulated in Sweden. The ETN is issued by XBT Provider, which is a subsidiary of CoinShares.

The news of the ETN arrives at a critical juncture for cryptocurrencies as the US Securities and Exchange Commission is postponing their decision on a bitcoin ETF filed by investment firm VanEck and blockchain technology company SolidX. Regulatory control by the SEC under an exchange would help reticent investors adopt Bitcoin as a legitimate investment opportunity.

Bitcoin Retracing Back to Original Lows