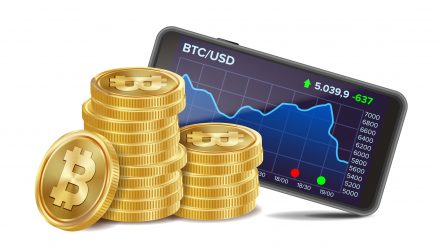 The SEC rejected an application for the “Winklevoss Bitcoin Trust” last year, but the application was resubmitted in June, which included a proposed rule change. According to a release issued late last month by the SEC, the agency said that it did not agree with the Winklevoss’ premise that cryptocurrency markets are “uniquely resistant to manipulation.”

“The market is rapidly approaching the point of acceptance for a bitcoin ETF, and the Securities and Exchange Commission (SEC) will eventually approve an ETF in the near future. This is the opinion of Fatfish Internet Group CEO, Kin-Wai Lau,” reports CCN.com.

In addition, the SEC rejected the Winklevoss Bitcoin Trust due to concerns regarding fraud and investor protection, citing that “it has not met its burden under the Exchange Act.”

What’s In Store for Bitcoin Next?

“I think it’s a matter of time before we see the SEC approve an ETF. It’s just a matter of which organisation will be able to come out with comprehensive tools in terms of monitoring, surveillance, and ability to liquidity. there is a range of tools that need to be equipped, but it’s also readiness of the market. We’re not far away, maybe a couple of months away from the market accepting an ETF product. I think that’s what the SEC will be looking at,” said Lau in an interview with CNBC.