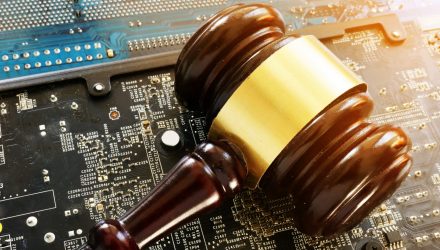 With Halloween looming this month, cryptocurrency investors could be in for a treat as the Securities and Exchange Commission (SEC) set Friday, Oct. 26, 2018 as the deadline for public comments on nine applications from various issuers looking to launch bitcoin exchange-traded funds (ETFs). However, they could also be in for a trick as nine have tried and nine have failed with respect to bringing in a cryptocurrency-related ETF to the capital markets, but is the latest SEC invitation a sign that the chances are now better than expected?

According to an article in Forbes, ” investor focus over recent months has shifted to the possibility of a Bitcoin ETF being approved by the SEC–something that will boost mainstream adoption of the cryptocurrency at a much more rapid pace than full-fledged trading support by investment banks. Although there has been little news on this front over recent weeks, the SEC’s recent decision to invite comments from investors supporting or opposing Bitcoin ETFs should renew interest in the industry over coming months.”

Earlier this year, the SEC’s Division of Trading and Markets rejected applications from investment firms ProShares, Direxion and GraniteShares, but the latest decision by the SEC to invite more comments could be a positive sign that the SEC is willing to look at the data more closely as opposed to making a snap decision. Like a referee overturning a challenged call in professional sports, the SEC appears to be taking their time in the replay booth–a possible signal that the call could go in favor of cryptocurrency-related ETFs when that time arrives.

Getting to the Bottom of Things

As of 2:00 p.m. ET, Bitcoin’s price currently stands at $6,649.95, and according to some Bitcoin analysts, the leading cryptocurrency may have already reached a bottom. Since it hit $20,000 late last year, the price of Bitcoin has fallen as much as 70%, but the unceremonious fall from grace could be over.

“We’re down about 70 percent from our highs, so I think that bitcoin is close to bottoming and so is the rest of the market,” said Blockchain Capital’s Spencer Bogart said Friday on CNBC’s “Fast Money.”

A spate of news regarding institutional investor interest from capital giants, such as BlackRock and Morgan Stanley have helped buoy the price of Bitcoin over the summer, but its price has recently stabilized to a level of $6,500.

Yale University’s Chief Investment Officer David Swensen, dubbed the ‘Warren Buffet’ of the school’s endowment fund, apparently has a predilection for making smart investments that earned him his moniker, and now Swensen is placing bets on two venture funds dedicated to digital currencies, per a report.