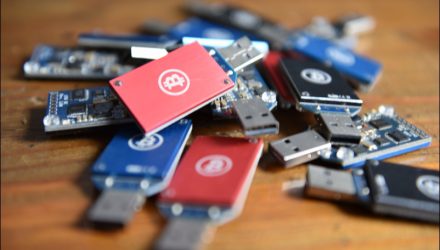 In the last 24 hours, Bitcoin’s price has been ruled by the bears, dropping over 8% to $6,508.19 as of 12:00 p.m. ET after news broke yesterday that the US Securities and Exchange Commission is postponing their decision on a bitcoin ETF filed by investment firm VanEck and blockchain technology company SolidX.

The join venture of VanEck and SolidX came about to launch an ETF backed by actual bitcoins as opposed to futures. By offering the digital currencies in the form of an ETF, it would help attract potential investors who were initially reticent on investing in cryptocurrencies due to hacking and other security issues. The extra layer of federal regulation under the SEC would help alleviate these concerns.

The latest effort by VanEck represents the firm’s third attempt to obtain SEC approval for a bitcoin ETF. The SEC explained that the Securities Exchange Act provides for an extension of 45 days period from the date of publication if it finds it “appropriate to designate a longer period” in order to allow enough time to consider the proposed rule change.

According to the SEC, “the Commission, pursuant to Section 19(b)(2) of the Act designates September 30, 2018, as the date by which the Commission shall either approve or disapprove, or institute proceedings to determine whether to disapprove, the proposed rule change.”

Bitcoin prices fell as the news broke with the leading cryptocurrency down 8.46% in the last 24 hours. In the last seven days, Bitcoin has fallen 14.5% after breaking through the $8,000 price mark near the end of July–a critical price level seen by bulls as one that would set the stage for a rally.