You are at:Home»Equity ETFs»Biotech ETFs Struggle on Celgene Shock Waves 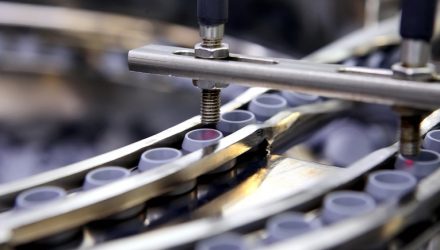 The iShares Nasdaq Biotechnology ETF (NASDAQGM: IBB), the largest biotech ETF by assets, is off nearly 8% over the past month as some of the industry’s marquee names have faced myriad issues.

For example, late last month “Celgene Corporation (CELG) sent shock waves through the biotech sector after announcing that it would abandon Phase III research on GED-0301, a key drug application for the treatment of Crohn’s Disease. The news triggered a flurry of bearish analyst commentary citing the negative impact on long-term growth, contributing to a 14-point decline that dropped the stock to a four-month low,” according to Investopedia.

Celgene is one of IBB’s largest holdings. Biotechnology historically trades at multiples that are elevated relative to broader benchmarks, but after last year’s of struggles for biotechnology names, some analysts see value with some big-name biotech stocks.

“Also, most leading biotechs have P/Es below that of the SPY while investing heavily in R&D to fuel future growth. So, a long-term investor may right now be set up for alpha in some time frame, though that time frame may be deferred into the 2020s,” according to a Seeking Alpha analysis of the biotech space. “This point of view also supports continuous exposure to the sector if one believes as I do that the US and global economies are generating greater wealth again, and that biotechnology can meet growing hopes and expectations for improved treatment of the ills that flesh is heir to.”