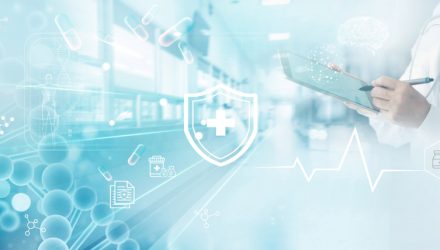 Biotech ETFs Are Making a Comeback

Biotechnology stocks and sector-related exchange traded funds have been gaining momentum as investors return to this downtrodden segment of the market.

A Nasdaq benchmark for biotechnology stocks has plunged almost a third from its all-time high last August after optimism over developments to counter the COVID-19 pandemic bolstered the industry and led to concerns over elevated valuations.

However, some hedge fund managers now argue that prices have pulled back too far relative to these companies’ drug development outlook and their remaining cash levels. Consequently, more investors have started picking up stocks on the cheap.

“This is the worst correction [in the biotech sector] I have seen in my 22-year career,” Michele Gesualdi, founder of London-based investment group Infinity Investment Partners, told the Financial Times. “We have never seen stress like this.”

Gesualdi believed that the sector is, on all metrics, “as cheap as it has ever been.”

“Coming out of the COVID tunnel, seeing inflation rise at [a] higher pace than predicted by any central bank, the [biotech] sector has faced unexpected adversity,” Philippe Wolgen, chief executive of Australian biotech Clinuvel Pharmaceuticals, told the Financial Times.

After a “catastrophic” plunge, fund managers and bankers “are openly expressing their aversion to perpetuating these risky ventures,” Wolgen added, referring to backing companies with little prospect of revenues over the near term. However, he argued that investors were starting to look at “genuine business[es]” in the sector.

Fueling the rally in the biotech sector, hedge funds are on the lookout for bargain picks among the oversold biotech market, the Financial Times reported.