You are at:Home»Equity ETFs»Biotech ETF Investing is Hot, Can Get Hotter 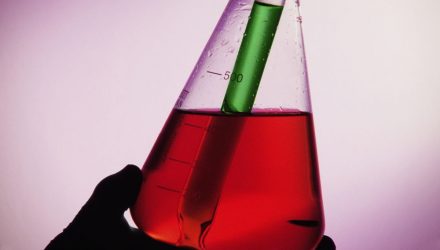 Biotech ETF Investing is Hot, Can Get Hotter

Up more than 42% year-to-date, the SPDR S&P Biotech ETF (NYSEArca: XBI), one of the largest biotechnology ETFs, is one of this year’s best-performing non-leveraged ETFs. That does not mean XBI’s run is over. Some market observers argue the opposite is true.

Biotech ETFs soared even after it became apparent Senate Republicans’ efforts to replace the Affordable Care Act, also known as Obamacare, are stalling. Healthcare stocks are also showing attractive valuations relative to other defensive sectors, which are richly valued. In recent weeks, mergers and acquisitions and Food and Drug Administration (FDA) approvals have been boosting biotechnology stocks and ETFs.

XBI “has risen 10 percent in the past two weeks alone, spurred by Gilead’s deal to acquire Kite Pharma, which sent both companies’ shares higher. Not only are they both components of the fund, but the takeout led to increased optimism about large and small pharmaceutical companies alike,” reports CNBC.

Historically, biotechnology stocks perform well in September, bolstering the near-term case for XBI. Biotechnology historically trades at multiples that are elevated relative to broader benchmarks, but after last year’s of struggles for biotechnology names, some analysts see value with some big-name biotech stocks.

“Wedbush analyst David Nierengarten increased his rating on Juno Therapeutics to outperform from neutral last week and nearly doubled his price target, explaining that the Kite deal ‘further validates the CAR-T business model, and makes us review our JUNO valuation … [W]e now model for a faster adoption rate … as GILD’s entry into space should lead to greater awareness and infrastructure buildup,’” according to CNBC.