You are at:Home»Equity ETFs»A Big Week For This Oil Services ETF 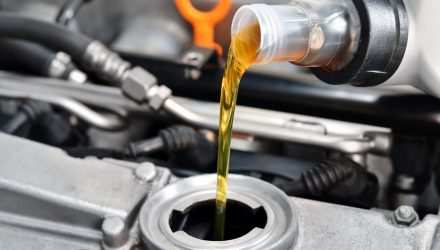 A Big Week For This Oil Services ETF

With oil prices recently giving back some gains, the VanEck Vectors Oil Service ETF (NYSEArca: OIH) is off more than 3% over the past week. The benchmark oil services exchange traded fund could face additional tests in the days ahead.

Oil services stocks are usually highly correlated to oil prices and have been among the worst or best performers in the energy space, depending on what direction oil prices were swinging toward. Underscoring the often volatile nature of oil services stocks and ETFs, OIH is up sharply from its April lows, but even oil ranking as one of this year’s best-performing commodities, OIH is still sporting a modest year-to-date loss.

“The performance of the VanEck Vectors Oil Services ETF (OIH) — which tracks a basket of upstream services providers — hasn’t been nearly as impressive as the surge in West Texas Intermediate crude itself (a topic covered in this space just one week ago),” reports Schaeffer’s Investment Research. “Despite a volatile ride on the charts in 2018, the ETF ended Friday in positive year-to-date territory by just a handful of pennies.”

OIH and other oil services ETFs face imminent tests this week with Schlumberger (NYSE: SLB), the world’s largest oilfield services provider, reporting earnings later in the week followed by rival Halliburton (NYSE: HAL) next week. Options data could reveal how traders are feeling about OIH over the near-term.

“Nevertheless, two out-of-the-money call strikes are the top attractions in OIH’s July options series. The July 32 call carries 62,725 contracts, with another 56,569 contracts at the July 34 call — which, as you can easily see, dwarfs the open interest at any other nearby strikes. Data from the major exchanges shows a slight skew toward buyer-driven activity at these strikes, even though OIH hasn’t traded above $32 since the first quarter of 2017,” according to Schaeffer’s.

Related: What Matters Most With Upcoming Energy Earnings

Some analysts are turning bullish on oil services stocks. The U.S. energy sector have been able to easily access and raise capital, which has led to higher oil production capacity within the industry. Furthermore, improving technologies, notably hydraulic fracturing or fracking technologies, have allowed the U.S. energy sector pump out more oil and achieve profits even as crude prices dipped below their most recent cyclical peaks.