You are at:Home»Equity ETFs»What Matters Most With Upcoming Energy Earnings 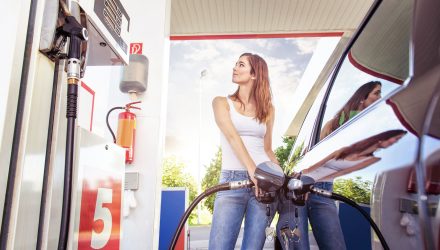 What Matters Most With Upcoming Energy Earnings

The Energy Select Sector SPDR (NYSEArca: XLE), the largest equity-based energy ETF, is up about 5% year-to-date, but XLE and rival energy ETFs will be tested as the sector’s second-quarter earnings reports start rolling in.

Energy is expected to be one of the largest contributors to S&P 500 earnings growth for the second quarter.

Although the U.S. is producing oil at or near record levels, there are some concerns that oil is not moving out of the Permian Basin quickly enough, presenting investors with an issue to monitor as energy earnings starts.

“That means that trading volume around quarterly guidance, when it’s provided, may be larger than normal,” reports Teresa Rivas for Barron’s, citing Bernstein’s Colin Davies.