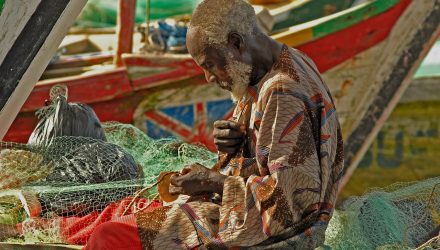 Frontier markets are not as connected to each other as emerging and developed markets, which are more closely tied to the global economy – the MSCI Frontier Market Index has exhibited a low correlation to both the MSCI Emerging Markets Index and the MSCI World Index. Due to their more isolated nature, frontier markets can be more volatile, but the isolation offers a degree of resiliency in periods of increased global uncertainty.

Additionally, frontier markets can be less volatile than their emerging counterparts. For example, FM had lower annualized volatility in 2017 than the MSCI Emerging Markets Index.

“Over two-thirds of 31 frontier EMs on JP Morgan’s Next Generation Market Index (NEXGEM) have seen an improvement in industrial production and merchandise exports since the previous edition of the chart pack published in October 2017 and over half have seen an increase in foreign exchange reserves,” according to Fitch.