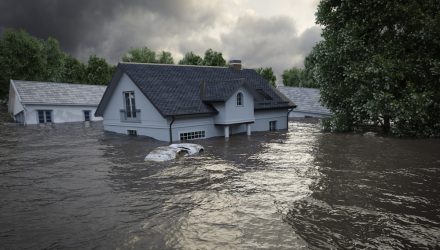 Extreme Weather Across the U.S. is Just a Preview of Global Warming Reality

With wildfires raging in California like the devastating Caldor Fire to Hurricane Ida that swept a path of destruction from Louisiana all the way up to New York, extreme weather is becoming more commonplace in a warming world.

Last year saw the highest concentration of greenhouse gases in the atmosphere in a trend that could spell disaster if emissions are not drastically reduced, and very soon, reports CNBC. The United Nations recently released a comprehensive study that concluded that certain aspects of global warming are already irreversible and will become catastrophic if drastic changes are not made.

“This is climate change, and it’s just a small preview of what’s going to happen if we don’t start, stopping emitting greenhouse gases into the atmosphere,” said Andrew Dessler, a professor of atmospheric sciences at Texas A&M University said on CNBC’s ‘The News with Shepard Smith’. “We really need to do that, or we’re going to look back on this as the good ol’ days.”

As it stands, there is a lot of uncertainty if coastal cities such as New York, Miami, and Houston will be habitable in a century. Rising sea levels threaten much of the coasts in the U.S. and globally, and while no one is sure exactly how catastrophic global warming will be and the degree to which it will alter the world in the next 50 years to a century, there is resounding agreement that it is a dire situation and one that requires an immediate change in emissions. Current weather phenomena only punctuate that point.

New Jersey experienced a rare tornado yesterday as the remnants of Hurricane Ida made its way through the area, as well as flooding.

“To be perfectly honest, there is no denying, we are dealing with more significant weather events recently, regardless of what anyone thinks the root is, that’s the truth,” said Louis Mazno, Mayor of the Harrison Township, where the tornado touched down.

Putnam approaches investing with a mind toward stewardship, as seen in its interactivity with executives in the firm’s companies. Through dialogue and measured check-ins, Putnam is working with today’s companies to both encourage and reinforce sustainable practices, leading to reduced emissions and a livable future.

PLDR invests larger percentages of its portfolio in fewer stocks. The companies invested in by PLDR exhibit creative, proactive leadership in the sustainability issues that create long-term success, both for the companies themselves and their communities.

As a semi-transparent fund using the Fidelity model, PLDR does not disclose its current holdings daily. Instead, it publishes a tracking basket of previously disclosed holdings, liquid ETFs that mirror the portfolio’s investment strategy, and cash and cash equivalents. The tracking portfolio is designed to closely track the actual fund portfolio’s overall performance, and actual portfolio reports are released monthly.