You are at:Home»Equity ETFs»A Big Emerging Market With Big Potential for 2018 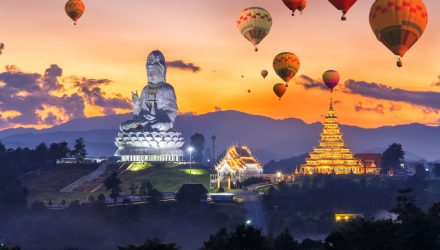 A Big Emerging Market With Big Potential for 2018

India was one of the best-performing emerging markets last year, a trend that some market observers believe will be persistent in 2018.

“India’s projected potential growth is 6.7% per annum (p.a.). China and Indonesia jointly rank second-highest, both with projected potential growth of 5.5% p.a.,” said Fitch Ratings. “The estimate for China represents a significant slowdown from recent historical average growth and reflects both a deteriorating demographic outlook and a slowdown in the rate of capital accumulation as the investment rate has declined. Broader measures of productivity growth in China have also slowed since the late 2000’s.”

Favorable demographics are an integral part of the bull thesis for Indian equities.