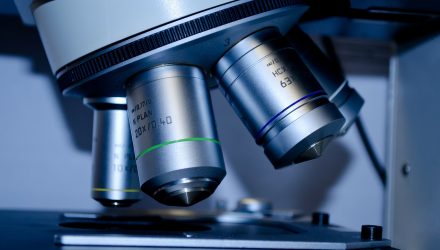 Big Biotech ETF Can Bounce Back

The iShares Nasdaq Biotechnology ETF (NASDAQGM: IBB), the largest biotech exchange traded fund by assets, and other biotechnology assets have recently been slumping, but some analysts believe big biotechnology stocks can rebound.

“The first quarter is traditionally not a strong one for biotech earnings for a host of reasons—including fewer shipping days, inventory reductions after year-end price increases, weather disruptions, and annual copay resets in many health insurance plans,” reports Teresa Rivas for Barron’s. “While those factors are still in play, favorable foreign-exchange rates and low expectations may make this year an exception.”

Helping the sector’s prospects is a speedier approval process by the U.S. Food and Drug Administration. In 2012, the FDA was given the authority to designate certain drugs as a ‘breakthrough therapy,’ which then allowed that drug to move through the approval processes more quickly,” said Morningstar.