You are at:Home»Beyond Basic Beta Channel»The SMOG ETF: A Call to Action for Investors 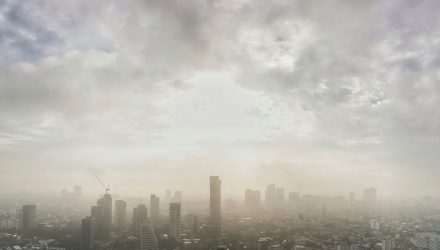 The SMOG ETF: A Call to Action for Investors

Climate change is one of the major societal and investment issues of this era, and if the UN Intergovernmental Panel on Climate Change’s (IPCC) newest report is any indication, it’s an issue governments need to address immediately.

SMOG’s index is relevant to investors because it’s broad and can include, but isn’t limited to, bio-fuel, hydrogen, solar, and wind companies, as well as lithium-ion batteries, electric vehicles, and related equipment and smart grid firms, according to VanEck. In other words, SMOG has the depth with which investors can capitalize on what are expected to be substantial climate-related investments in the coming years. That spending will be necessary.

“Weather extremes witnessed in the last couple of months can be tied to the 1.1 degrees C temperature increase since the pre-industrial era, said World Meteorological Organization Secretary-General Petteri Taalas at the press conference. He referenced record-breaking temperatures in the Northern Hemisphere, fires in Greece, Turkey, Siberia, and the US West Coast, and ‘more water vapor in the atmosphere leading to flooding in Europe and China,’” according to IHS Markit.

SMOG’s approach is paying off for investors this year. While renewable stocks are cooling off a bit from their torrid 2020 paces, the VanEck ETF is beating the S&P Global Clean Energy Index by more than 1,400 basis points year-to-date.

That’s not a one-off example either. For the two years ending Aug. 6, SMOG returned 148% compared to 116.4% for that index. The VanEck ETF was also less volatile on an annualized basis over that period.

Turning to the here and now, SMOG’s 71-stock lineup, which is broad compared to some competing funds.

“The IPCC said in the report that it has ‘high confidence’ that human activities are the main drivers of more frequent and intense heat, melting glaciers, warmer oceans, and acidification of rain. ‘It is unequivocal that human influence has warmed the atmosphere, ocean, and land,’ the IPCC said,” notes IHS Markit.

SMOG also taps into the global side of the fight against climate change, as 21 countries are represented in the fund, with the U.S. accounting for 31.2% of the lineup.