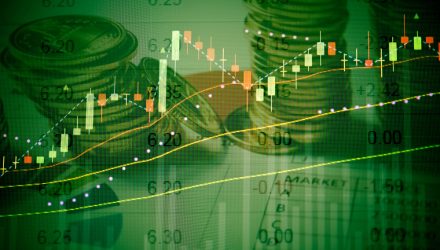 Investors doubting that the fixed income landscape is ripe for evolution and fresh concepts need not look any further than the VanEck Vectors Green Bond ETF (NYSEArca: GRNB).

When GRNB came to market four and a half years ago, some investors didn’t even know what green bonds were. However, since the VanEck exchange traded fund debuted, ETF users increasingly clamored for the marriage of bonds and green investing principles, making GRNB one of the forefathers of this space. Those are nice feathers in GRNB’s cap, but the fund is backed by increasingly compelling fundamentals in the green bond market, including rising issuance.

“Banks and companies were able to sell $175 billion in green bonds through the end of August 2021 that were ‘fitted’ with investments in climate risk reduction and climate-focused, clean-technology solutions, an IHS Markit analysis of the market shows,” according to the research firm.

With that, expectations are in place that green bond issuance will hit another record this year after an all-time high was notched last year despite two months where markets were at a halt due to the coronavirus pandemic.

IHS Markit Climate and Cleantech Executive Director Peter Gardett “found that the green bond market is oversubscribed owing to the push for clean energy solutions as part of the transition to a net-zero economy, and because it has evolved from what he called ‘a 1.0 state of broad and unstandardized tagging of existing bonds to a much more sophisticated and fitted 3.0 state during the summer of 2021.’”

It remains to be seen if the flood of new issuance will boost GRNB’s roster size from its current 291 bonds, but it is clear that following some regulatory scrutiny, banks are becoming more careful with what bears the green bond label. Deutsche Bank is an example of that trend.

“Deutsche Bank on 30 August issued a $200 million green bond for a 35-year term that Gardett described as the 3.0 version because proceeds from this transaction are to be used to fund eligible green assets, including renewable energy projects such as wind or solar power plants and the improvement of energy efficiency in commercial buildings in Taiwan,” notes IHS Markit.