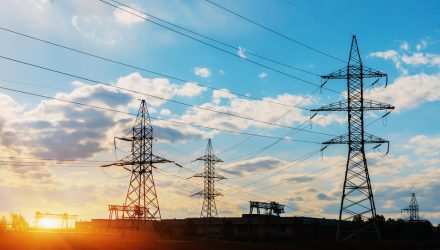 With the energy sector ranking as the best-performing group in the S&P 500 this year, some of the more unique exchange traded funds tracking the sector are really delivering for investors.

Obviously, rising oil prices and the reopening, which is facilitating increasing demand, are playing pivotal roles in FRAK’s 2021 success. However, investors shouldn’t overlook another oil industry increase and it’s one that bodes well for the long-term prospects of both investors and producers: Free cash flow generation. In fact, energy producers are project massive amounts of free cash flow this year.

“With oil trading above $70 per barrel, while investment activity remains low, the world’s publicly traded exploration and production (E&P) companies are set to generate record-breaking free cash flows (FCF) in 2021,” according to Rystad Energy. “Their combined FCF is expected to surge to $348 billion this year, with the previous high being $311 billion back in 2008.”

Some FRAK components, including ConocoPhillips (NYSE: COP), are already showing signs of FCF promise. ConocoPhillips is FRAK’s largest holding at a weight of 8% and analysts see last year’s cost-cutting moves by the company paying off in the form of rising shareholder rewards in 2021.

Refiner Marathon Oil (NYSE: MRO) becomes cash flow positive when oil hits $35 a barrel, less than half where crude closed on June 24. That says Marathon has a lot of wiggle room and plenty of space with which to generate FCF.

Rising levels of FCF in the industry can pay off in other ways, including perhaps more prudent capital expenditures to capitalize on rising crude prices and opportunistic consolidation.

“The FCF comeback means more surplus cash for E&P companies and historically there has been a strong link between FCF and activity levels. Merger and acquisition (M&A) activity has recovered in 2021, with transaction values increasing by around 30% compared to 2020,” notes Rystad. “New projects are also making a comeback: The amount of greenfield investment that has been sanctioned as of June has already matched the full year 2020 total, and we expect the full 2021 level to be double that of last year.”

Other FRAK holdings that could impress on the FCF front this year include Devon Energy (NYSE: DVN) and Ovintiv (NYSE: OVV).