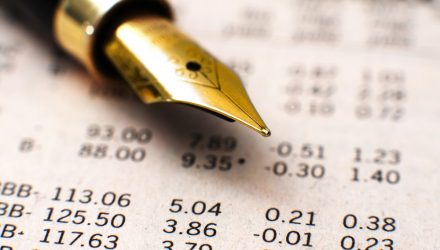 Declining 10-year Treasury yields are viewed as positives for an array of asset classes. Emerging markets debt may be joining that list because as yields on U.S. government debt decline, the yield gap between U.S. bonds and international bonds grows wider.

That could compel some income-starved investors to consider strategies like the VanEck Vectors Emerging Markets Local Currency Bond ETF (NYSEArca: EMLC). As of July 30, EMLC sported a 30-day SEC yield of 4.74%, which is well in excess of what investors get with 10-year Treasuries.

While some investors may be skittish about emerging markets debt against the backdrop of increasingly hawkish central banks in developing economies, recent rate tightening could provide support for local currencies, which could benefit EMLC in the process.

Rising emerging markets bond yields “may also provide a tailwind to emerging markets local currencies that remain at historically undervalued levels. Many emerging markets central banks are ahead of the Federal Reserve (Fed) with rate hikes, and although rates have adjusted higher, there have not been any local taper tantrums as the market has taken these moves in stride,” says Fran Rodilosso, VanEck head of fixed income ETF portfolio management. 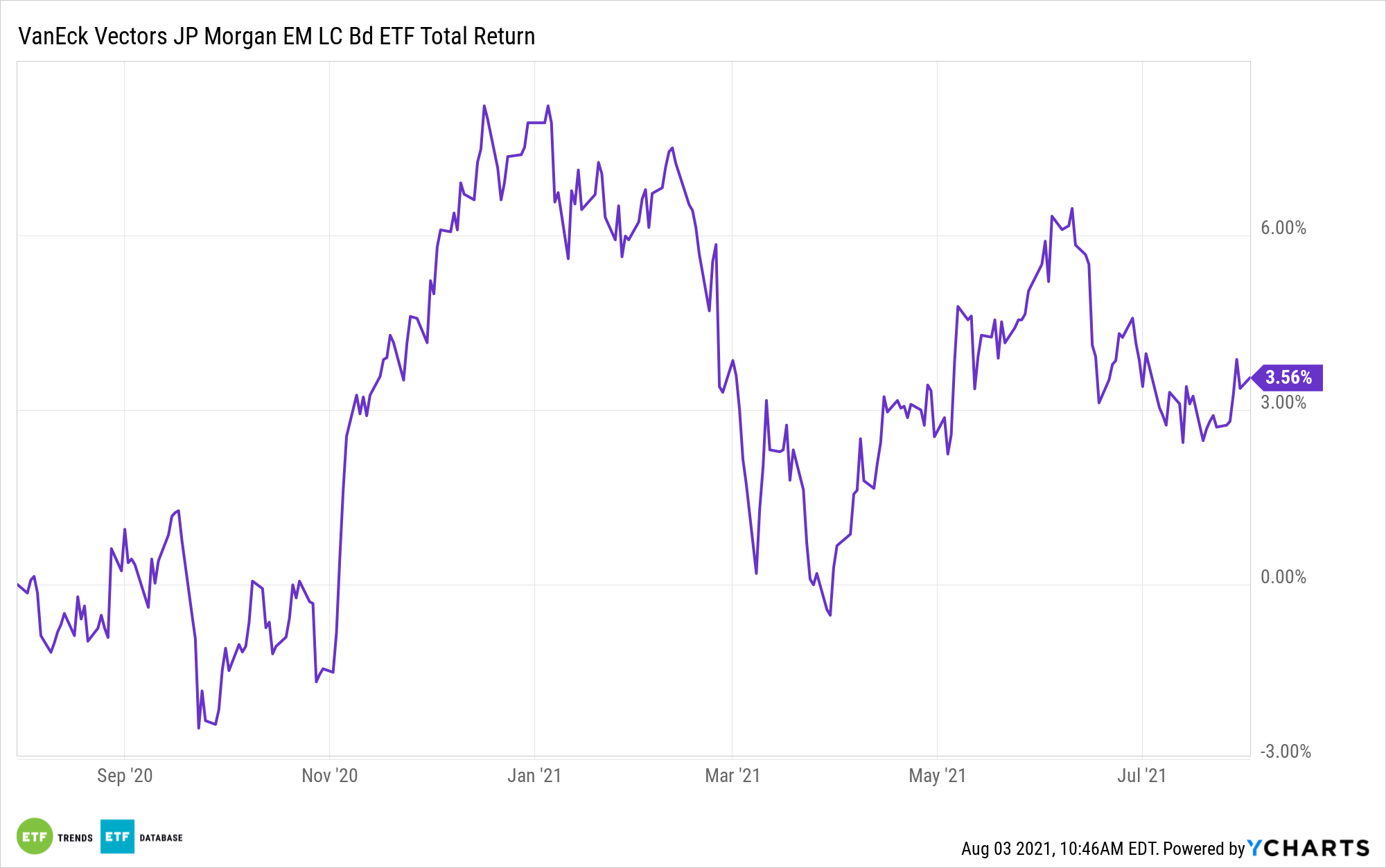 Breaking Down the ETF

The $3.7 billion EMLC follows the J.P. Morgan GBI-EM Global Core Index and holds 343 bonds. The fund has an effective duration of 5.10 years, putting it in intermediate-term territory.

China accounts for nearly 10% of EMLC’s roster and that’s relevant because the world’s second-largest economy has some room to take rates lower.

“In early July, the People’s Bank of China cut the reserve requirement ratio by 50 basis points, freeing up cash that banks must hold as reserves and introducing additional liquidity into the system. Despite the cut, China’s real rate is still among the highest in the world and the action represents a fairly modest adjustment following significant normalization over the past year,” adds Rodilosso. “For bond investors, the cut provided a boost to returns in addition to the significant appreciation from the Chinese yuan renminbi over the past year.”

Another advantage to EMLC is diversification, which is paramount for currency-driven bond strategies. Twenty currencies are represented in the ETF, indicating individual currency risk is held in check.

“Diversification is also a key reason to consider local currency bonds in the current environment. With U.S. yield back to very low levels, concerns about rising rates may come back to the forefront very quickly. Adding exposure to broad emerging markets local currency bonds or targeted exposure to China’s onshore market may help to diversify away from U.S. interest rates and monetary policy,” concludes VanEck’s Rodilosso.