You are at:Home»Video»Berkshire Hathaway Now Owns Nearly 5% of Apple 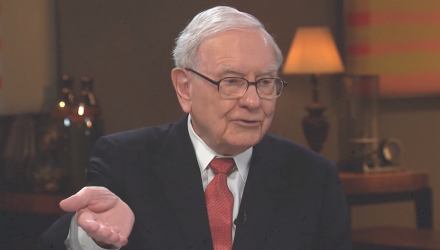 Buffett’s statements have reflected in the form of an increasing position in Apple (AAPL) in Berkshire Hathaway’s (BRK.A) portfolio. In fact, as of March 30th, Berkshire owned over 239 million shares, or 4.7%, of Apple, constituting 21% of Berkshire’s public company portfolio, as reported by WhaleWisdom.com. Rounding out the top five holdings include Wells Fargo (WFC) at 12.7%, Bank of America (BAC) at 10.8%, Kraft Heinz (KHC) at 10.7%, and Coca-Cola (KO) at 9.2%.