You are at:Home»Featured»Bed Bath & Beyond Does Some Holiday Cleaning 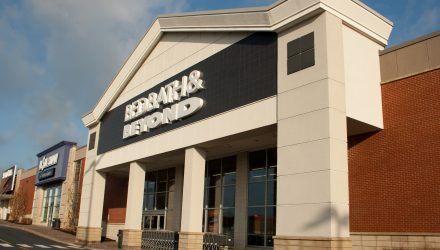 Bed Bath & Beyond Does Some Holiday Cleaning

With the holiday season in full swing, as shoppers scramble to buy gifts and clean house for incoming guests over the next week, Bed Bath & Beyond is doing some holiday cleaning of its own.

The ousters, announced Tuesday, marks CEO Mark Tritton’s first major action since joining Bed Bath & Beyond on Nov. 4 from Target, where he served as the company’s chief merchant.

Online shopping has been the bane of Bed Bath & Beyond existence for some time now.

On Tuesday, Mr. Tritton said the executives would leave their roles, including the heads of merchandising, marketing, digital and legal. In addition, the chief brand officer resigned last week, he said.

“This is the first in a number of important steps we’re taking,” the CEO said in a statement. “Balancing our existing expertise with fresh perspectives from new, innovative leaders of change, will help us to better anticipate and support our customers in their life journeys and shopping needs.”

Well known for its bath supplies and home accoutrements, BBY, which also owns Buybuy Baby and World Market, has over 1,500 stores across the U.S., at a time when more consumers are favoring the convenience of online shopping to the drudgery of holiday retail stores. Bed Bath & Beyond faces stiff competition from online retailers like with Amazon, which offers much of the same merchandise online.

Still, Tritton, who has worked at other famed retailers Nordstrom, Timberland, and Nike, has been credited for getting Target back to its “cheap chic” roots and impressive sales gains. In his role, he was responsible for developing Target’s private-label business and launched numerous new brands during his tenure, some of which have grown to do more than $1 billion in sales.

Mr. Tritton said the leadership changes are “the first in a number of important steps we’re taking.”

A variety of ETFs in the retail sector have holdings in BBBY, including the Invesco Dynamic Retail ETF (PMR), the Invesco S&P MidCap 400 Pure Value ETF (RFV), the ProShares UltraPro MidCap400 (UMDD), and the ProShares Ultra Consumer Services (UCC), which all offer investors who are bullish on the stock and opportunity to get on board.