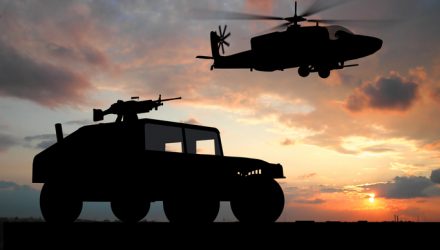 Be Careful With Imminent Oil Catalyst

Geopolitical events are often thought to be catalysts for oil exchange traded products, including the United States Oil Fund (NYSEArca: USO), which tracks West Texas Intermediate crude oil futures, and the United States Brent Oil Fund (NYSEArca: BNO), which tracks Brent crude oil futures, but investors should be careful with oil bets tied to the standoff between the Iraqi government and Kurdistan.

Both Iran and Iraq are members of the Organization of Petroleum Exporting Countries (OPEC). Current OPEC compliance with production cut plans remains above their historical average, and it usually takes between two to three quarters for inventories to normalize after the cuts. While demand has yet to catch up to elevated supplies, rebounding economies in Europe and steady economic growth in the U.S. could at least keep oil prices steady around current levels in the second half of 2017.

“The seizure of the Kirkuk oil fields a few weeks ago, coming on the heels of the Kurdish referendum for independence, led to a temporary sidelining of some 400,000 bpd. The oil fields near Kirkuk–the Bai Hassan and Avana fields–are still reportedly not exporting crude, but that could soon change,” reports OilPrice.com.

“Iraq probably won’t be the bullish catalyst for the oil market, because the outage in the northern part of the country will almost certainly be temporary. Already, there are reports that exports from Kirkuk and Kurdistan have increased to 300,000 bpd, up from 200,000 bpd a few days ago,” according to OilPrice.com.