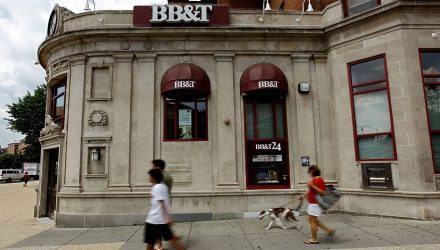 BB&T and SunTrust struck an all-stock deal in what amounts to the largest U.S. bank merger since the financial crisis, with a combined company value of $66 billion, the Wall Street Journal reports. The newly merged bank will have about $442 billion in assets.

The deal marks the first deal brokered for big U.S. banks after a tough regulatory environment following the financial crisis, which kept banks sitting out of the recent slew of mergers and acquisitions. Big bank mergers stopped altogether after the financial crisis when a number of government directed mergers created a number of megabanks in a bid to stabilize the financial markets. Furthermore, banks had to tidy up their balance sheets and increased regulatory scrutiny under the Obama administration added additional hurdles to bank mergers. However, under the Trump administration, some of the more stringent rules were relaxed and helped bring banks back to the table.