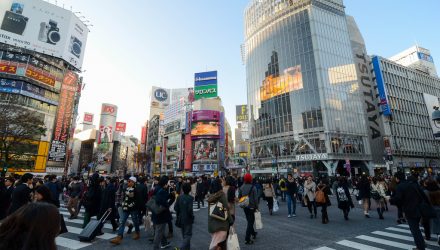 ‘BBJP’ Wows ETF Community With $1.4B AUM After First Month

JPMorgan BetaBuilders Japan ETF (BATS: BBJP) has wowed the ETF community, reaching almost $1.4 billion assets under management since debuting just over a month ago on June 15.

One point of comparison with respect to other similar funds is BBJP’s low expense ratio of 0.19%. When juxtaposed with a similar ETF, such as the iShares MSCI Japan ETF (NYSEArca: EWJ), its expense ratio is 30 basis points higher with an expense fee of 0.49%.